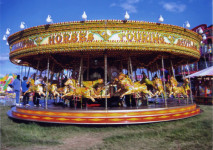 Elections are won based on power, money, religion, caste and people. One can only wonder how much of that money can be saved and spent towards growth, development and eliminating poverty in India. Money is spent on rallies, meetings, posters and votes. Obviously rallies and meetings brings road blocks and inconvenience.

In a democratic country like India anything can happen. Parties can contest the elections without even naming their PM candidate. There is no agenda or plan set out before the start of their propaganda or even Election Day. Personal, direct attacks are common and have become part of our elections. There are no public debates as politicians are afraid of taking part and answering people’s questions.

Like the endless number of castes and cultures in India there are endless number of parties. This is actually the beauty of a democracy but obviously in India we overdo it to the point that we need a book the size of oxford dictionary to list all the parties. Contestants get party tickets mostly because of money or due to their power to woo people. This means special entry for cine actors, actresses, cricketers etc. because they have a large fan base who are potential voters. Unfortunately most of these people are disconnected from reality, lack understanding of governance, do not have any leadership skills and end up exploiting the very own people who had elected them. The sad part of this is a real hard working party member is denied the opportunity of contesting elections because of a celebrity. If a husband is not allowed to contest his wife contests, wins and rules the state. I guess we follow the old monarchical style rule in our democracy through dynasty politics.

On the other hand we are the 1st country in the world to have an electronic voting system. So it means to a certain extent booth capturing, and other malpractices in voting are minimal. The other good thing about elections in India is the Election commission of India which conducts elections. In the last few years thanks to Supreme Court they have got more powers and they conduct the elections efficiently and every citizen is given an opportunity to cast their vote irrespective of where they live. After all democracy is still alive in India.
Election victory is then celebrated with the Tax payer’s money through rallies, posters, ads etc.

Elections in the UK

Elections in the UK are a different ball game. There are 3 main parties here Labour, Conservatives and Liberal democrats. Now we have a 4th party emerging called UKIP.

Political parties announce their PM candidate well in advance and that person leads the propaganda. The PM candidate is the leader of their party and is usually chosen in a democratic way by their party. This happens in the American elections as well but their party leaders are chosen by the people themselves. The parties put out their plans and agenda well in advance and these are usually debated in the public domain. In the last elections the 3 big party leaders actually debated on national television 3 times before the actual elections. It’s something which is impossible in India as there is not even a PM candidate named before the election.

Elections in the UK are generally a quiet affair in comparison to the fun fair in India. Propaganda is usually done through door to door canvassing, promotion through media. Politicians put forward their plans and these are discussed in public domain, everything is evidenced based on stats, government figures. There are no rallies, no protests, no processions, no posters, no road blocks etc.

Parties are usually funded through donations, lot of the times business people make large donations to parties they support and is all in the public domain. Party tickets are generally given fairly. Politicians don’t change parties midway through elections and it’s very rare to see politicians change parties.
There are no big victory ceremonies or rallies to celebrate their victory.

So what’s the difference?

I guess in India we easily point fingers at the politicians but it’s the people who are responsible for it. They vote for the party which pays them to vote. People are short sighted, careless and irresponsible and treat elections like another festival. This can only be changed through education, proper governance, good leadership and stricter laws. That seems decades away, let’s hope for the best.